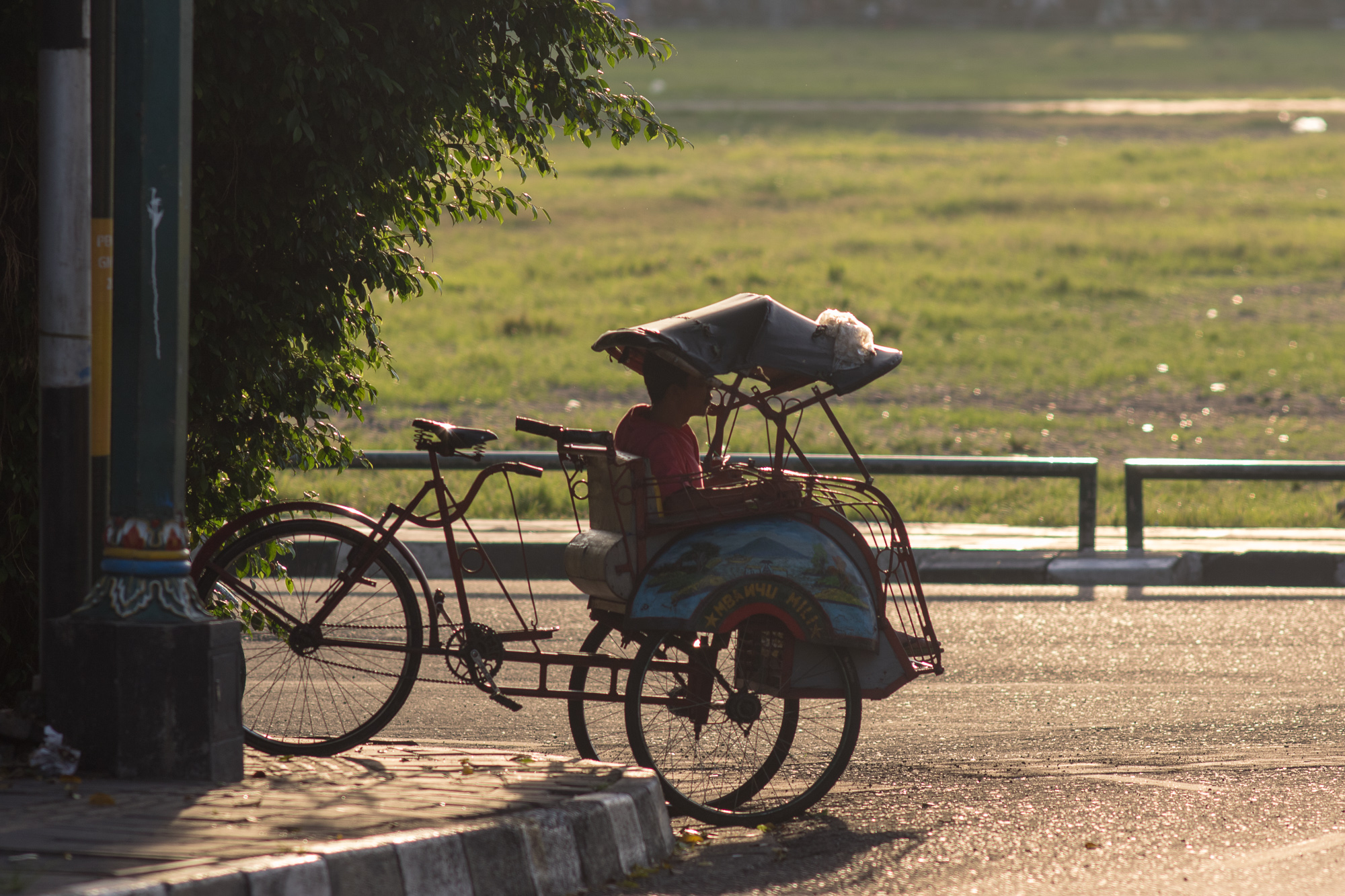 After our stay in Banyuwangi with the unique tour to Ijen volcano, we took the early train (5:15 am) to Malang to visit the beautiful Bromo-Tengger National Park.
Originally I wanted to stay directly in the national park in Cemoro Lawang. But I didn’t want to spent so much time traveling to this town via Probolinggo. Additionally, I have heard so many bad things about the busterminal in Probolinggo, where tourist where ripped off and so on, and I just wanted to have it a bit more easy-going. That meant we just took the train to Malang and booked an organized tour without any annoyances.

The Heart of East Java

It’s my second time in Malang. My first visit was 4 years ago and I did a trip to the Bromo-Tengger National Park as well – it was one of the most impressive landscape I’ve ever visited. For Mo it was the first time on Java and the Bromo is a must see in my eyes.
We stayed for two nights in a hotel (nothing special – just a standard hotel) in Malang and explored the city.

Malang has a nice coffee culture with many hipster places and some really good restaurants.
Despite that, there is not so much to see in the city itself and its not very touristic. So it was really nice to just stroll around and explore, without annoying offers like “taxi, taxi”, “wanna buy something”, “massage, massage” at every corner.

We visited the Bird and Flower market (sadly it’s still part of the culture to own a bird as a status symbol – nothing for the faint-hearted and animal welfarist) and the newly introduced colored village Kampung Warna Warni. The village is really worth a visit and exhilarating (especially after the bird market).

The tour to mount Bromo was again a sunrise tour. That meant again: pick up time around midnight. We just saved some money by not booking a hotel for that night. The tour itself was organized by a hotel and we decided to stay awake in the lobby of the hotel and leaving our backpacks at the reception. It was easier than expected. Actually I was even able to have a nap for an hour.

The tour itself was well organized. They picked us up at midnight with a nice vintage jeep. It took us two hours to the national park and another hour to the sunrise view point. It was really cold, but I knew that before from my last trip to Bromo, so we where prepared. Arrived at the view point, we just needed to wait for the sunrise. I was prepared for way too many tourists (like on my last trip), but this time the amount of tourists was acceptable. The sunrise was just amazing. Its such a beautiful and stunning nature.
I was freezing – but it was worth it and so rewarding.

After the sunset we drove into the gigantic caldera and walked up to the small active volcano in the volcano (They put a volcano into a volcano).

The sun with the heat and the tiredness was back around 9 am.

After another small hike to a very impressive waterfall, we both were super tired and we decided to skip the last stop at another temple and just went back to the city.
We were well organized, so we had some time to drink a very nice coffee in one of the hipster places and then just walk to the train-station to catch the train to our next destination: Blitar, its a 2 hour ride.

No Scooter for us in Blitar

We arrived in Blitar, tired but still happy. A small city, with colonial touch between Malang and Yogyakarta. Our hotel was 5 mins by foot from the train station and just imposing. An old colonial building with nice, bit outdated rooms. They welcomed us with an afternoon tea and small sweets.

Blitar itself is not made for foreign tourists, there is only one temple (10 km from city center) and the street to the volcano Kelud is supposed to be worth a visit. Originally we wanted to rent a scooter for one day to visit both sites, but that shouldn’t be – there is no place for renting a scooter. We can just use grab or uber or a private driver – not what we wanted. We arranged us with the situation and explored the city by foot. A very welcoming variety.
It was a hot day and they do not have that many coffee places. But we discovered one nice place, with awesome ice creme and just stayed there for while, to use the wifi, to organize ourselves.

In the afternoon I had a reservation for a traditional hot stone massage – very interesting experience at a more than reasonable price.

The time in Blitar was nice and if you are looking for the real life in a small Indonesian city it’s the perfect place. Otherwise you can skip that stop.

The train from Blitar to Yogyakarta takes around five hours. We had booked the Eksekutif Class. Outdated train, but comfy anyway.
Yogyakarta, is a nice, big city in Central Java and very popular for local tourism. The city itself has a lot of opportunities like museums, shopping malls, street food, old palace, but nothing super special. In the surrounding you have beautiful nature and the world heritage temples Borobodur and Prambanan.
Both are marvelous. I visited both for the second time and I’m still super impressed. Both are easyly accessible by public transportation. But we were shocked by the entrance fee. Its 40 USD for a combo ticket. o_O
Anyway, we really enjoyed both temples. The only annoying thing was the heat and too many young girls who wanted a picture with us. Its not a problem if its just one picture. But there were several school classes and they were super excited to see us and everyone wanted a picture. We felt a bit like a monkey in the zoo. Despite that, its really worth a visit. I’m super impressed by the monuments and the detailed reliefs.

We also did a cooking class, to learn more about the Indonesian cuisine. It was an awesome evening with our amazing host Erna.
She showed us how to make our favorite dishes and we learned a lot about the eating culture. If you ever have the chance to come to Indonesia you should definitely do a cooking class.
In the end we had the possibility to try a durian fruit (aka stink fruit). The fruit was better than expected.
Overall a very unique and special evening.

Time is running fast. Our last day in Yogyakarta and Indonesia was characterized by walking around to explore the city, souvenir shopping at Malioboro street and street food in sunset at Keraton. We also managed to send some stuff to Germany… I’m really curios if it will make its way to Germany and how long it will take.

Well organized and as usual way before schedule, we went via public bus to the airport to move on. Planned was Cambodia as next stop, with an 10h layover in Kuala Lumpur. We just decided to extend the 10h into 110h and discover the varieties of the mega city Kuala Lumpur.

For more awesome pictures see our gallery or check out our Instagrams: Katja and Mo.

2 thoughts on “A train through Java”