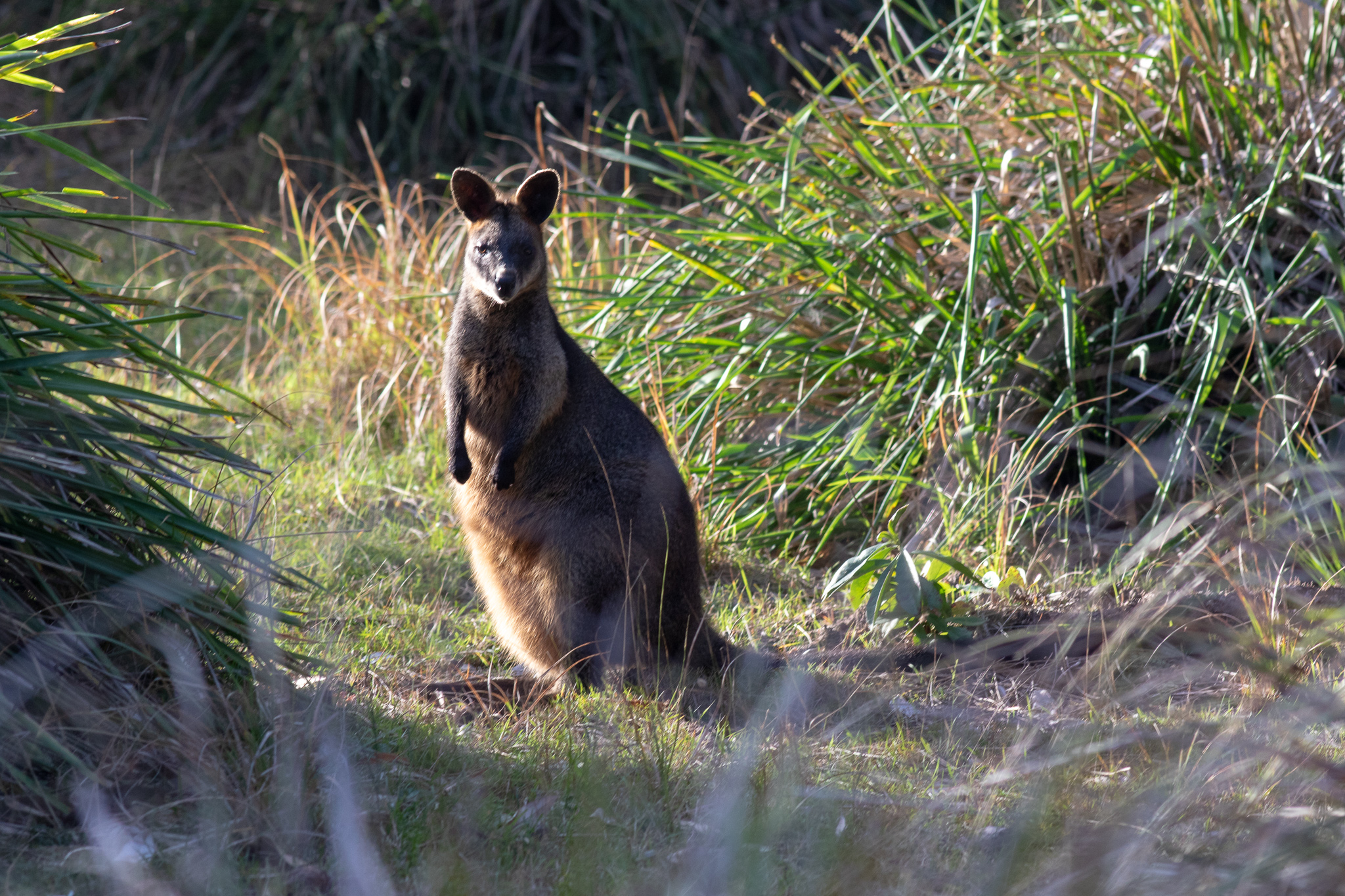 As I promised in the last post, we will catch up with our travel history from our big journey in 2018. The latest blogpost was from June about Japan and we continue straight with Australia. I try to make it as short as possible so that you can focus more on our stunning pictures (If you want to take the short cut, just visit our Photogallery about Australia and skip the text).

The decision to go to Australia was very spontaneously made by us somewhere in Tokyo on a late evening (Sake may have played a role in this decision). We just booked the flights a few days before departure. But from that moment on I was full of pleasant anticipation.
We had two main reasons to go there:
1. Since I was a young girl I always wanted to go to Australia – I don’t know why it took me so long to finally do it.
2. A former co-worker and friend of us (S. and his girlfriend F.), decided to move to Australia last year and we were thinking that it might be nice to visit them on our journey.

The days before departure, I was super excited and nervous but it felt just right.
Anyway, we left Tokyo in the evening towards Australia. It’s still a long flight, but it is worth it. We had a short stopover in tropical Cairns and then we jumped into our plane towards Sydney.
Around six hours later we approached Sydney by plane with a stunning view on the Opera House and Harbour Bridge. That was a surprisingly beautiful kickoff.
The whole migration procedure was super easy and the best thing, the border guards over (or should I say “under”?) here are super nice, they welcomed us with a smile and a lovely short chat in fluent English… a rare occasion during our journey.
It just felt so good to be back in a western style country after nearly 6 months in Asia. We were not the only white breads and no-one just talked to us because we are fat chickens (like in Vietnam). To be honest, Mo was very well prepared with his ranger hat, he can easily pass as an Australian local.

Our first Accommodation in Sydney was situated in Manly – a very beautiful beach area of Sydney, a bit outside of the city center. Our friend S. recommended us that place because its so beautiful, not too far away from his apartment and also just a scenic ferry ride to Sydney circular quay.
It’s very easy to get around in Sydney (Pro Tip: buy an Opal card for public transportation) they have an infrastructure (some of the countries we visited so far had nothing that would even remotely pass as infrastructure to a foreigner).
The first thing I recognized, was that we were somehow freezing in down under. That was the last thing I expected from being in Australia. While preparing our trip to Australia, we never spent one thought about the weather, because everyone knows that it’s hot there… except in the Australian winter. Which coincidentally starts in June. Just as we arrived…
Anyway, we somehow accepted the shitty weather and moved on.
As I mentioned before, the ferry from Manly to the City Center is an experience for itself. We really enjoyed the ride with a stunning view. After that, we spent some time near the opera and the botanical garden to make some awesome touristic pictures.

Right after that, we met our friends for dinner, Beer and some cocktails in a very posh environment with an amazing view – a rotating bar on the top floor of a skyscraper in the central business district. The evening was super nice: catching up with our friends, and making plans to search for kangaroos on the next weekend.
Plans were made, drinks were delicious and on the way home, we had the luck to watch the festival of lights. To be honest I was more than happy that we made the decision to come to that beautiful place.

Road trip to the South

After another nice, slightly cold day in beautiful Manly, we met up with our friends to go on our road trip into the south.

The coastal streets are stunning and nature is just breathtaking.
After a nice four hour ride, we arrived at our destination Murramarang National Park to spot some kangaroos. We were lucky enough to find them. That was surprisingly easy, because they are everywhere. At the Beach, in the Forrest, at the Campsite, in our Garden, on the Road and sadly quite often dead beside the road (like the first one we spotted 🙁 ).
It was such a nice weekend with brekky at the beach, some hiking, lots of kangaroos and pizza with beer in the evening. That’s Australian lifestyle!

Unfortunately, our friends had to work on Monday. That was the reason why we just spent a short weekend in the south and went right back to Sydney.
Our Sunday was still very nice. Roadtrip back to Sydney. Yet another pizza, with BYO (that means you can bring your own drinks if you want) in the evening in Dee Why (a nice suburb of Sydney with a stunning beach view). Before we went to bed at our friend’s apartment.
The short rest on the Sofa was good enough, to kick off the week with another nice brekky (Avo Smash and Egg Benedict) and good coffee before we headed on to our next adventure.

If you want many more pictures of Sydney and Down Under, see our gallery or check out our Instagrams: Katja and Mo.