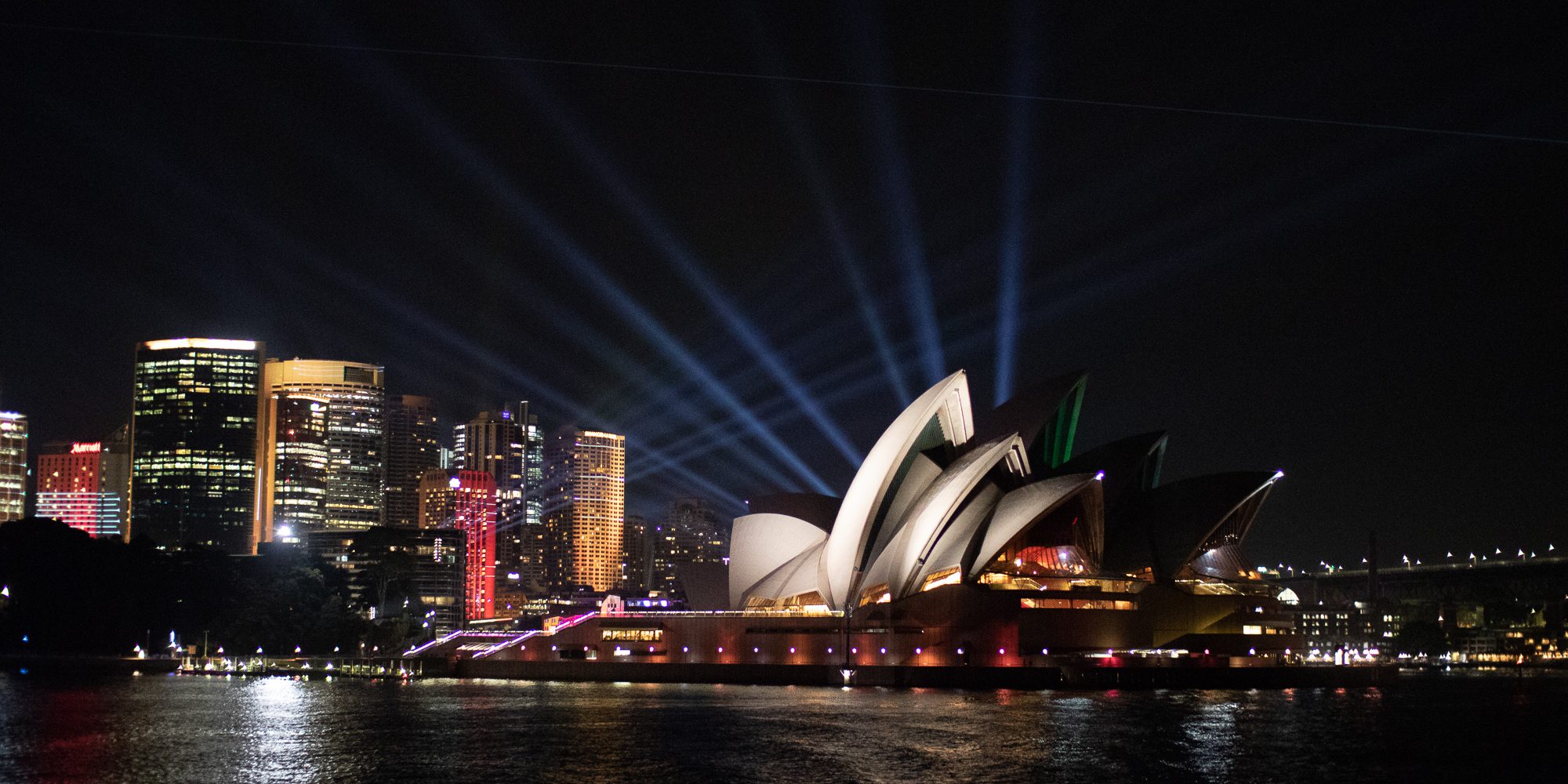 After our short stop-over in Sydney from Sunday to Monday morning, our goal was clear. We had seen the south of Sydney and Kangaroos the days before. Thus, we did the obvious: We headed north to find Koalas.

After a nice and vitalising brekky, we got our selves a rental car, bought some necessary supplies (mostly water, cheddar, and crackers) and headed north, out of Sydney.

Drive on the left

This was not my first time driving on left. I had the chance on our last vacation through Scotland and even during this journey, we were having some good fun with scooters on the wrong side of the road. It usually takes me a few minutes and some kilometres to get used to it and to recalibrate my feel for where on the road I should be and then it just becomes natural.
However, this time was different. This time, we got a Japanese rental car (Toyota), and it had the wiper- and turn signal stocks flipped as well. This was not the case in the rental we had a few years back in Scotland. Thus, this was the first time, I had to control the indicator with my right hand. And I could not get used to it. Muscle-memory is a fascinating thing. Unless I made a real, conscious, fully dedicated effort to do the right thing, I kept indicating my intention to turn or change lanes with some friendly swings of the wipers. Even after a full week, when we returned the car to the rental company, I was entering their lot with a smooth swing of the wipers.
Besides that, driving in Australia was no big deal – at least outside of the traffic-jam-ridden Sydney. Streets are wide, traffic is light and the highways have a speed limit that doesn’t put a lot of stress on you.

Basically, we were driving north for four days, looking for interesting places to stop (and of course Koalas) and then headed back to Sydney in two days with much more driving.

We stopped at beautiful beaches, impressive waterfalls, wide mountain ranges and even a lighthouse. The tiny fraction of Australia – more precisely of New South Wales – that we managed to visit in a week was loaded with beautiful nature and stunning views.

A wet ball of Koala

And we even reached our stated goal for this trip. We found a wild Koala. We heard about a Koala nursery just north of Newcastle, that tracks a few wild Koalas in the area. We arrived during a light rain shower, but the elderly couple running the place was super lovely. They showed us a map, pointing out to us where little Koala lady was last seen two days ago. And just in case we wouldn’t find her, they also showed us some other nice areas worth exploring. And before we headed off to track the Koala, they even borrowed us an umbrella to keep us dry.

It took us at least an hour of wandering through the rain and looking up into the trees and the rain. But as we were just about to give up, Katjas eagle-eyes spotted something! Up in a tree, we had already been circling a few times was a very wet little ball of Koala!

Proud about our superior Koala tracking skills, we could finally walk back to the nursery, report our findings and return the umbrellas.

The next day started off with a lot more sun and we decided to return back to also spot a dry Koala in the wild. It took us another hour until we tracked her down again – she had moved to another tree in the area, but we managed to still find her. This time, the sun was much more friendly and we could take a few very cute Koala pictures.

Besides the Koalas, we also tried to track down some craft beer breweries along the way. Australia sometimes has the reputation of only serving boring and bland beer. But this couldn’t be further from the truth. In the last decade, the craft beer boom resulted in numerous little breweries popping up everywhere. Basically, every pub has at least one if not many local brews. Every beer style under the sun is available and we tried a few really great beers.

Here is an interesting bit of advice that was given to us prior to our road trip: Be careful when a place is called “Hotel” – it usually is just a sports bar.
Apparently, in the early days, it was difficult to get a license for serving alcohol in Australia. But there was a legal loophole for hotels. Thus, many places just put an old mattress in a back room, claimed to rent it out and then started serving beer to the locals. This was so common, that hotels became synonymous with sports bars in some parts of the country.

We usually booked our accommodation for the evening one night in advance and this worked really well throughout NSW. But on the final evening of our tour, we made a mistake. We forgot about our advice and mindlessly booked a room in the Commonwealth Hotel…

Luckily, it wasn’t that bad! Yes, it was a sports bar, but the rooms were really nice and clean. They provided free earplugs in the room and they offered us a welcome drink from the tap (and they had about twelve taps to choose from for our welcome drink). Ultimately, we had a great evening, following up on our welcome drink with a few more and tried to get into Australian sports. While Rugby and Australian Football are quite entertaining to watch, we couldn’t really penetrate the weirdness of Cricket. Maybe next time…

Back in Sydney, we spent most of our time exploring some of the beautiful northern beaches. Sometimes even from both sides of the shore.

On our last evening, we enjoyed another round of drinks with the magnificent view over central Sydney. The night skyline was still sparkling with colourful light installations and created some lasting impressions.

New South Wales was good to us. We had a great time in and around Sydney. Not everything tried to kill us and we didn’t even see any deadly spiders (although I’m convinced they saw us). Something about this city and its laid back atmosphere resonated really well with us. Still, it was time to move on…

If you want many more pictures of New South Wales, see our gallery or check out our Instagrams: Katja and Mo.

No better way to start into a new day, no better w

Sydney is starting to get ready for #vividsydney -

Going into the weekend

We found this curious floater while kayaking a whi