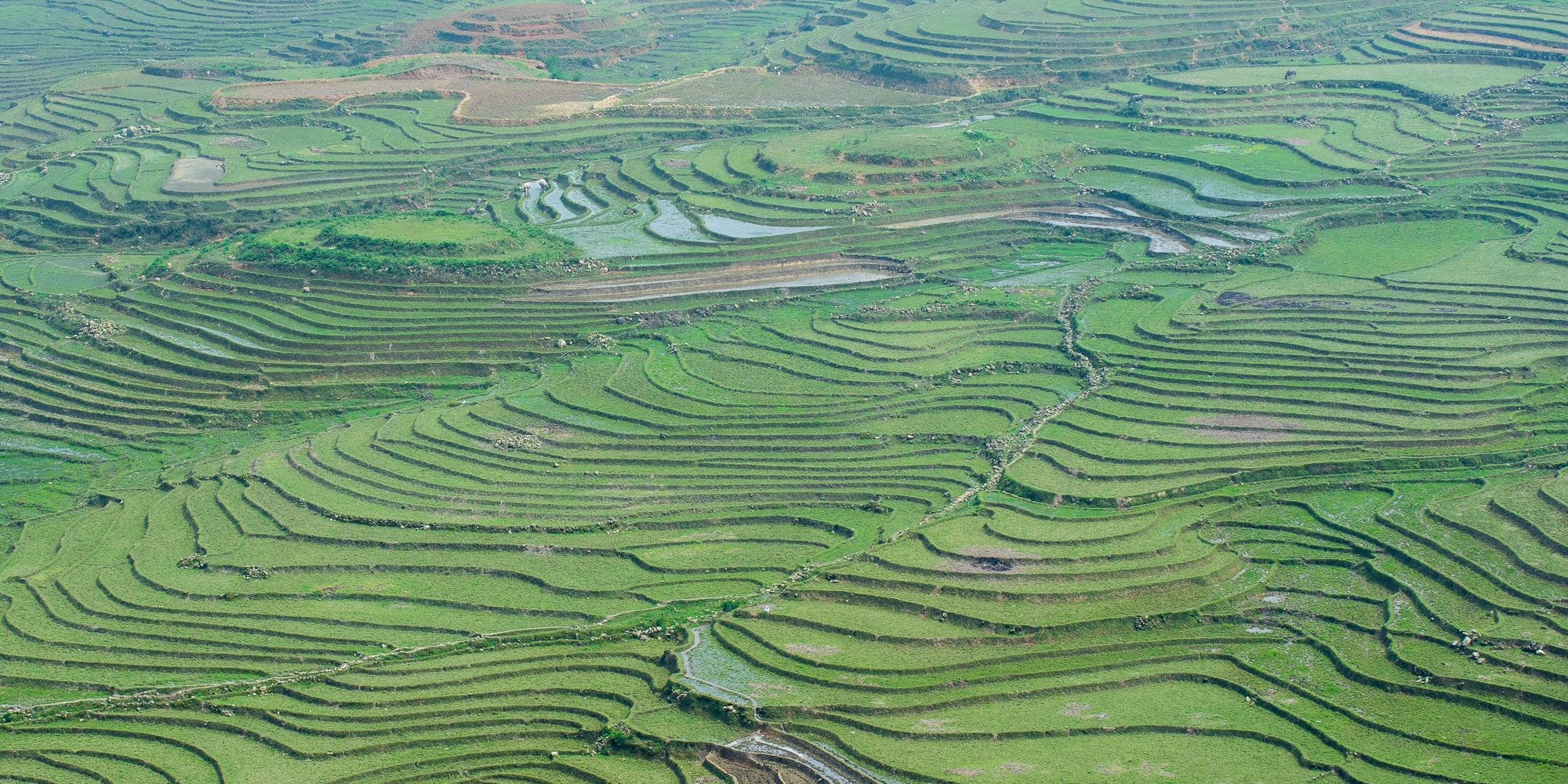 After nearly a week in central Vietnam, Hanoi was supposed to be our last destination in Vietnam acting as starting point for several adventures like trekking in Sapa’s picturesque mountains and magnificent rice terraces.

We arrived in Hanoi by plane at midday and took the bus to the center. Hanoi is a huge city, with a really nice (and very crowded) old city center. We decided to stay there for just one night before leaving towards Sapa.
h
Our hotel was nice and directly in the middle of all the hustle and bustle. When we arrived the street was lively – many tourists, souvenir shops, travel agencies and street vendors.
In the afternoon we strolled around, booked a Halong Bay tour (more on that in another post) and finalized our Sapa trip.

A Night in Hanoi

To our huge surprise, the street totally change when it gets dark. Many of the local shops close down and where they used to be, a street food restaurant pops up and thousand of local teens appear out of nowhere. It was very crowded all over the place and a bit overwhelming. But if you know us, we usually have a solution for that kind of situation: jump right into it and drink a beer to calm down and accustom. We applied exactly that tactic and it worked. We had a very funny evening while drinking Bia Hoi, made new friends and chatted until 2am (I don’t know how we managed that, but somehow we got around the curfew).

We both felt a bit wasted on the next day. So we started slowly, drinking coffee and preparing our departure towards Sapa that evening. We decided to leave one backpack in Hanoi and only take those things we might need during the trek, as well as the stuff that is too valuable to leave in the lobby of some random Hanoi hotel for days. It still ended up being quite a heavy backpack though – we can still learn a thing or two about really traveling light.

After a nice street BBQ (without beer this time) we were picked up by our night bus to Sapa around 10pm. Originally, I wanted to take the train to Sapa, but unfortunately it was fully booked except the high-end luxury cabin which was way above our budget. Anyway, night bus was the only option left and the sleeper-buses in Vietnam are way better than in Germany.

After a bumpy night without too much sleep we arrived around 6am in Sapa at the office of the travel organization. Interestingly, the bus already arrived at 4am. Then they just shut it down until 6am such that everyone can get at least 2h of really calm sleep. Then at 6am they throw you out of the bus and you are usually picked up by your agency or hotel.

Our tour was supposed to start at 9:30am. In the beginning we were the only people sitting and waiting in the office of our travel agency… we were considering if we picked the right agency… it was praised so high on trip advisor, but we were the only people sitting there in the early morning… that felt wrong to us. But the brighter it got outside the more people arrived and in the end it was surprisingly crowded by well equipped hikers. We suddenly felt a bit underprepared. They were wearing proper hiking boots and rain jackets and we were sitting there in our barefoot shoes with a little foldable umbrella…

Anyway, our private tour-guide arrived at 9:00am and we left the office in a cloudy, non-welcoming weather. Luckily, they borrowed us each a pair of rain boots. We strapped them to the backpack (making it even heavier), but they did come in handy a few times over the next days.

Sapa has been on my wishlist for a long time, that’s the reason why we decided to do a 3-day-hike instead of the more common 1-day-hikes. We were a bit nervous because that also meant that we were gonna sleep at local home-stays in small villages far away from the beaten paths, without knowing the sanitary facilities or level of civilization 😉 So it was a real adventure for us.

Our first day of hiking was marvelous. It was a moderate hike through stunning rice-fields. Very impressive and it must be even more impressive when the fields are lush green from the planted rice. Even though we were not meant to see the rice fields in their full glory, it was made up for by numerous cute little baby animals, like piglets and ducklings all along the way.

A Warm and Herbal Welcome

During the hike, we learned, that our homestay for the night would actually be the home of our guide – what a pleasant surprise! We arrived in the afternoon at our guides place where a relaxing herbal bath was prepared for us. Afterwards we were invited to eat and drink with the whole family and sitting next to the open fire to warm our feet and hands. (Btw: the sanitary facilities were way better than expected. They installed a western style toilet for the home stay guests).

On the next day we did a slightly more challenging hike to another village. Unfortunately it was very cloudy most of the day, so only some glimpses on the rice terraces through the mist were possible. Despite that, the day was very nice and exhausting. Our guide was happy to talk to us and told us many stories about the local people, the Red Hmongs, and how it is to live and grow up in a small village without internet or other amenities.

In the afternoon we met another hiking group, that was targeting the same homestay as we were. The second homestay was even more basic than the first one. It is located in a village which is completely unknown to google. We basically walked a path that didn’t exist to a blank spot on the map. It felt very remote, just what we were looking for.

Food, beer, chatting, happy water, and even a warm shower were all appreciated before we went to our beds. To make it even more authentic, electricity was cut off right before we wanted to go to sleep – but for us it didn’t matter. There was no light installed in our room anyways.

It felt a bit strange to sleep so far out in nowhere with some random strangers in a non existing village of mountain farmers. That is exactly how bad horror movies usually start. Luckily, there were no mysterious incidents or bloody murders during the night and the other hikers turned out to be some really handsome guys and gals.

Our last day of hiking was nice but surrounded by even more clouds than the day before and a bit too short for our taste. Visibility practically not existing, which was a bit of a bummer. Around midday we already arrived back in Sapa. Everyone took a shower at the tour office and then we went out for dinner with some of our new hiking friends. We had a very nice evening before we all jumped into the night bus to Hanoi.

The ride back was very similar. At 5:30am we were back in Hanoi and had a Banh Mi together before our group split up. Our plan was to catch the Bus to Halong Bay at around 9:00am. The others went on to try and find a public bus to Cat Ba island.

So we had plenty of time to gather our stuff from the friendly hotel and were glad to find all our belongings still there. The hotel even allowed us to use a bathroom to freshen up – all this after we stayed just a single night there.

Still a bit tired, we arrived well ahead of time at the place where we would be picked up for our tour into the Halong Bay – more on that misfortunate tour in the next post.

If you want to enjoy more pictures of Sapas amazing landscape, see our gallery or check out our Instagrams: Katja and Mo.

Hi, we are Katja and Mo. We love to travel the world and explore new cultures. At the moment we are on a six month trip through Asia, feel free to join our journey here on this blog.