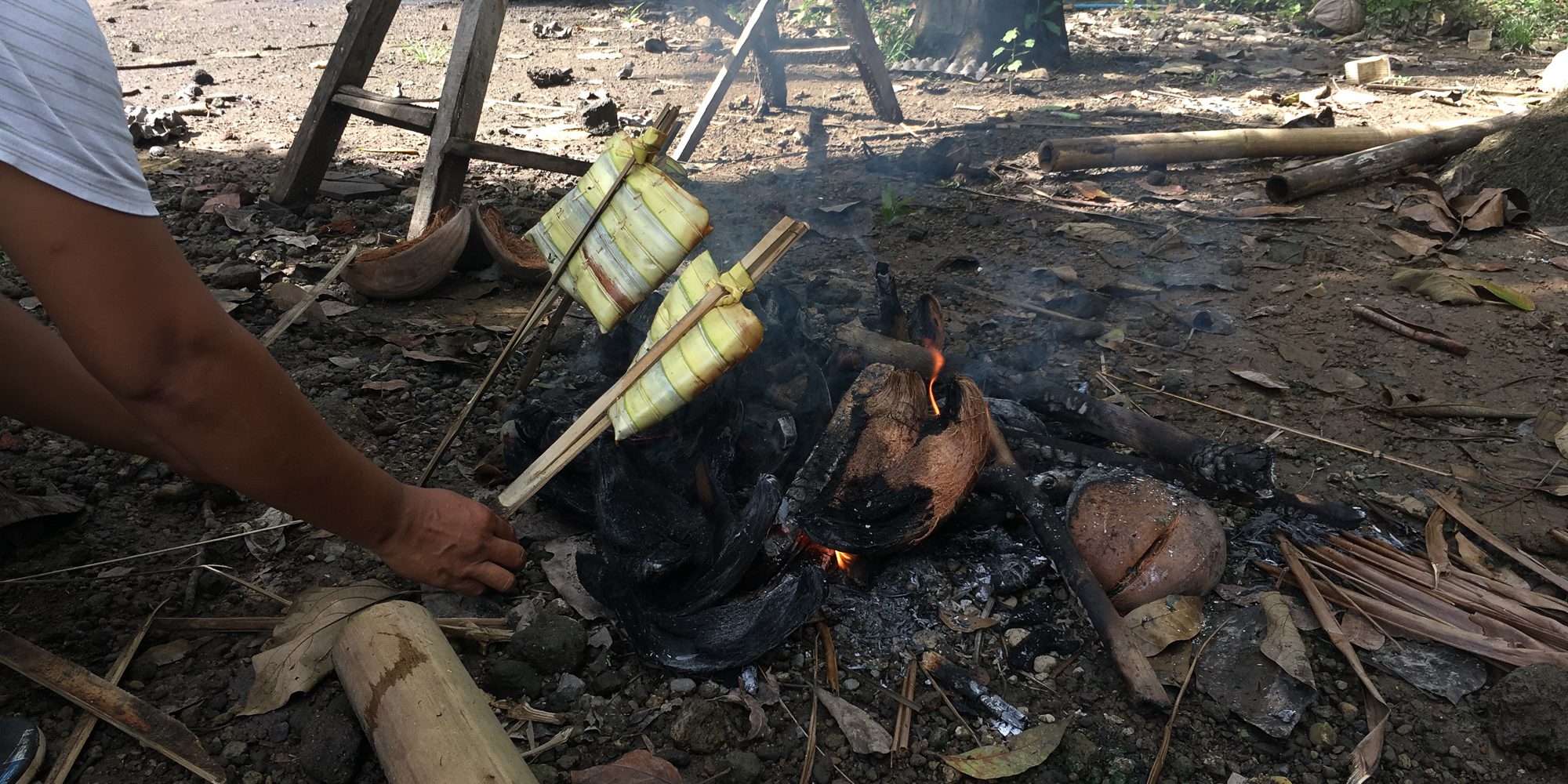 I meant to write about this about a month ago but somehow never got around to it. Better late than never…

On Lombok, there is an ancient tale about a princess. Depending on who tells you the story (or who translates it for you), there are some minor differences but the gist is always the same. The princess was very beautiful and there were many potential princes coming from near and far to win her heart – and get their place on the throne.
Apparently, ancient Lombok was very advanced in women rights and the princess was in a situation to chose her prince and future king herself. But the whole situation was politically very loaded and the princess had enough wisdom to realise that no matter how she decided, her decision would cause a lot of anger in the rejected young males and ultimately result in blood and conflict. So, the princess stalled the decision.
One evening, her father lost his patience and forced the poor princess to make a decision by next morning. So, the princess declared, that she loved her kingdom too much to cause a war and shed so many innocent lives. And with those words, she jumped off a cliff into the sea. But not before announcing that she would be back at that cliff every year as a sign of her love to the kingdom and her people.

And to this day, once every year, thousands gather up on the beaches below the cliff where the poor princess supposedly jumped off. And once every year, in the early morning, the beaches and see below that cliff are full of thousands and thousands of sea worms. I guess the princess could have chosen something more poetic, like showing up as a dolphin or a golden turtle… But slimy, colourful sea worms are also an option, I guess…

The people of Lombok claim, that this flood of sea worms really, honestly only happens exactly once a year and they usually make a huge festival out of it. Music, dance, party… And they catch the sea worms – you guessed it – to eat them. Because everyone knows eating a piece of a real princess brings luck and good harvest…

This year (2018), the worms somehow arrived two weeks before the planned festival. So no dance, no party, just sea worm catching and eating. But this weird coincidence also meant that the sea worms arrived during our last night on Lombok, which we spent in a lovely local homestay.

We sadly missed the catching of the worms but on our last morning, our host offered us some of the worms he caught with his friends. I consider this a once-in-a-life-time situation. How often can you eat colourful worms and not look like a weirdo? Of course I was all over it!

At first, they showed us the worms. Don’t they look yummy?

Ok, this is gonna take some courage… They first wash and clean the worms, then they prepare them. We got a chance to try three different types of worm dishes. A spicy sea worm curry, sea worms grilled in banana leaves, and a stew made out of them.

The curry was great, albeit a little spicy. The grilled worms had a distinct sea-food flavour to it and the stew was well balanced and yummy (forgot to snap a pic of the stew in all the excitement). All in all, eating worms wasn’t that bad. The worms have a texture similar to thinly sliced shiitake mushrooms or leafy green veggies. The taste was dominated by the seasoning of the dishes but there were some distinct sea-food-like flavours to all of them. I guess the grilled one was most natural and still quite pleasant. Even Katja tried a nibble of the worms and didn’t hate it.

The locals had a lot of fun watching us foreigners sceptically and carefully tasting their worms. I’m really glad and very thankful for the chance to try this unique dish (and I look forward to a good harvest, I assume).

If you want to know more about this, search for “Bau Nyale”, which is the name of the festival and apparently translates roughly to “catching sea worms”.